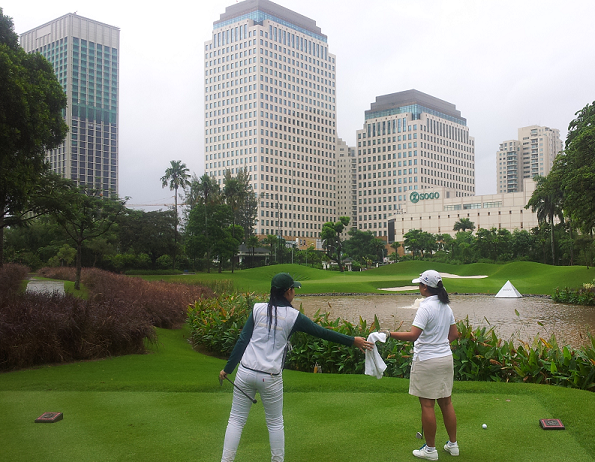 The rather grandly named Senayan National GC, known rather more humbly as Kebayoran until  a year or three ago, has long been an expat favourite, its unparalleled central location providing the chance to get 9 holes in and still be into the office more or less on time. And only a little late if going for the full 18 holes.

In 2011/12 at Senayan, what had become a rather shabby, down at heel facility since being opened in the 1960s in a burst of sports mania by then President Sukarno, was transformed with a complete course re-modelling, use of the very finest turf and the construction of perhaps the most luxurious and well equipped clubhouse in Indonesia.

Given the millions of dollars involved in the work, the steep rise in the price of a round of golf at Senayan was perhaps inevitable but was to put the course well beyond the range that your committee considers what is acceptable to the membership as a body.

Times have moved on, however,  and prices at the course have come down from the stratosphere right across the range and 600,000 walking for an 11:00 start on a Sunday is pretty reasonable for this sort of quality.  The carts at 500,00 (250,000/pax shared) are at the opposite end of the value spectrum.